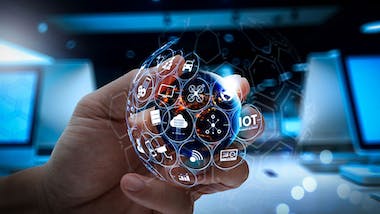 Some five years ago there was much talk about the potential of IoT to radically change traditional insurance as usage-based insurance (UBI) products using “black boxes” in vehicles became widely available. The industry also began to think about using IoT connected sensors, such as security systems, and smoke and leak detectors in the home and small businesses to minimize the consequences or even completely eliminate certain types of claims. This interest coincided with a general shift in consumer attitudes as concerns about “Big Brother” insurers tracking policyholders began to recede. Yet, despite continued development, such as using smartphones instead of costly dedicated telematics units, UBI products have never been widely adopted by mainstream consumers. In Omdia’s view, this is not a failing of the technology but falls squarely on the insurance industry and its failure to offer innovative propositions that have strong appeal to a wide base of consumers.

Roll forward five years and in the midst of a global pandemic that has seen millions of vehicles parked for weeks, but consumers and businesses still paying full insurance premium, there is understandably a strong renewed interest in only paying for insurance that you actually use. If current measures become a permanent feature, with far fewer people driving to the office every day or jetting abroad for vacations, this is likely to further accelerate the momentum for usage-based insurance propositions among consumers.

The pandemic has also renewed interest in the role of IoT among insurers. Many elements of the claims process still rely on face-to-face interactions such as assessing on-site property damage or loss adjusters examining a damaged vehicle. Even with lockdowns easing, these processes are severely hampered, and insurers are now rapidly accelerating their efforts to digitize these as much as possible. The real-time IoT data that can be gathered from a vehicle collision, basement flood, or warehouse fire can provide accurate, detailed, and timely information needed by insurers with minimal human intervention.

Fraud is another key reason insurers are looking to expand the role of IoT. Historically, in times of economic hardship, the incidence of insurance fraud goes up. This can range from hard-up policyholders inflating the value of a claim, making claims for non-existent items, or even small business owners committing arson as a way out of their failing enterprise. As we head for possibly the worse economic recession in decades, the insurance industry is braced for a steep rise in fraudulent claims. The data gathered by IoT sensors can help insurers rapidly determine the legitimacy of a claim; for example, using IoT to capture the force, direction, and duration of a vehicle collision can determine almost instantly if a whiplash claim is fraudulent.

One consequence of this pandemic is that perhaps this time around, IoT will finally become an integral part of mainstream insurance products to the benefit of both consumers and insurers.

This article was provided by knowledge partner, Omdia.